I was recently inspired to be more open to “game night” by some friends who were excited to play Clue after dinner at their house. (I am not a game player but can tolerate some games so as to avoid looking like a Debbie Downer when in a group setting.)  The biggest surprise? I didn’t hate it!

A few weeks later, I played Cards Against Humanity while on a group vacation and got a great ab workout with all the laughter.  Have I had a change of heart?  Maybe. As long as you don’t make me play Charades.

My next game? I know some very competitive Uno players, so maybe it’s time to brush up on that game so I can surprise them the next time I see them…

As always, everything’s more fun when you have Lightning Wines around. Happy Gaming! 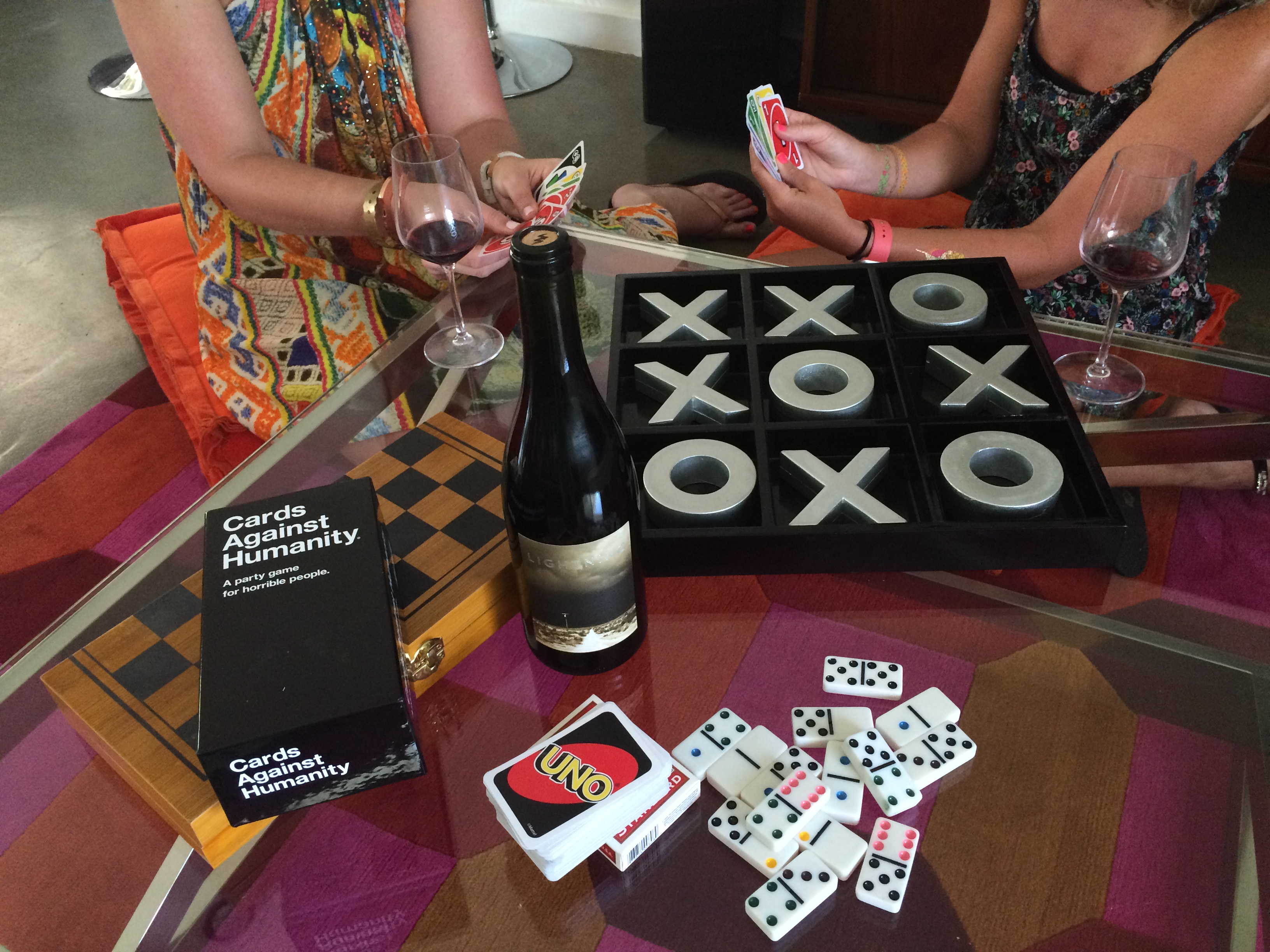